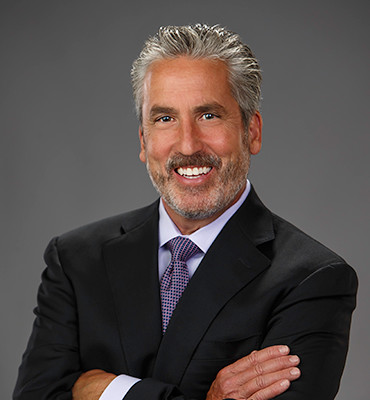 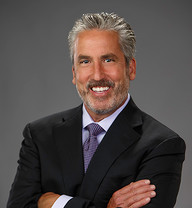 Geno is a 30-year veteran of the pharmaceutical and Life Sciences industry and was most recently President of Intrexon, a leader in the application of synthetic biology across a broad range of market segments.

Mr. Germano has held multiple high-level roles at some of the world's largest and most innovative companies, including Pfizer, Johnson & Johnson and Wyeth. Mr. Germano led Pfizer's Global Innovative Pharmaceutical Business, cultivating a $14 billion operation and guiding the development of an extensive portfolio of products in the cardiovascular, immunology, metabolic disease, neuroscience and rare disease areas. Previously, he was President and General Manager of Pfizer's Specialty Care, Vaccines and Oncology business units.

Prior to joining Pfizer, Mr. Germano held numerous executive and leadership roles at Wyeth Pharmaceuticals including President of Wyeth U.S., President of Global Pharmaceutical and Women's Healthcare Business and Executive Vice President of the Vaccines Business. He has been a member of the Group of Fifty (G50) and served on the Board of the Biotechnology Innovation Organization, where he was a member of the Executive Committee. He continues to serve on the Advisory Board of the Healthcare Businesswomen's Association and is a Director of Sage Therapeutics (NASDAQ:SAGE) and The Medicines Company (NASDAQ:MDCO). Mr Germano received his Bachelor of Sciece degree at the Albany College of Pharmacy and Health Sciences. 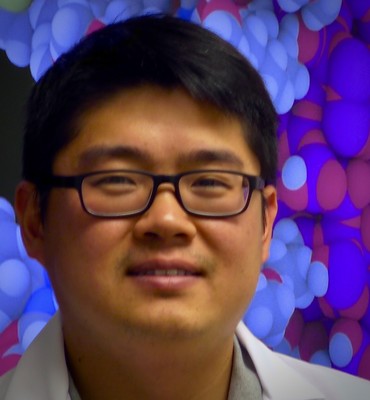 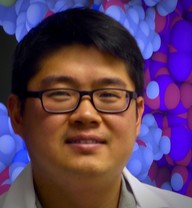 Kai is a co-founding scientist of Elucida Oncology and co-inventor of the company’s core intellectual property. Kai has been working in the field of theranostic biomaterials for over 10 years, during which time he co-invented the company’s C’Dot platform for cancer diagnosis and treatment. Since 2012, Kai has been leading the development and production of C’Dots for a series of pre-clinical and clinical (up to Phase II trial) studies to translate C’Dot technology from the laboratory to the clinic. He has authored more than 25 papers and articles in top academic journals, including Nature (first author), Nature Nanotechnology, Nature Communications, Science Advances, and Journal of the American Chemical Society, and is the co-inventor of over 50 patents and patent applications. He is also the recipient of Excellence in MSE PhD Research Award of Cornell University 2016 and National Science Foundation (NSF)-sponsored Young Investigator Award. 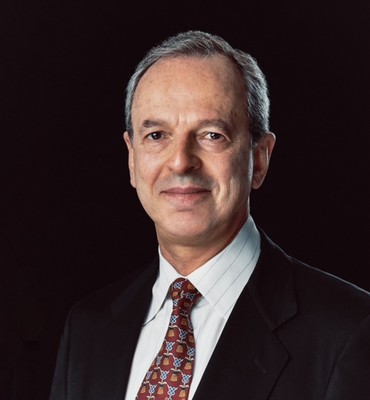 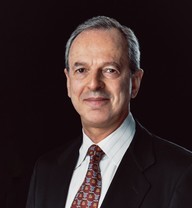 Dr. Bayever has over two decades experience in the biopharmaceutical industry developing small molecule oncology drugs and biologics.  Most recently, Dr. Bayever was Chief Medical Officer of OncoQuest Pharmaceuticals Inc. where he built and led a multidisciplinary team to develop a range of immunotherapeutic oncology products. While at OncoQuest, he also led the regulatory effort for their lead product, oregovomab, to enter a Phase 3 study in combination with chemotherapy for front-line ovarian cancer, as well as for other early combination studies with checkpoint inhibitors, PARP inhibitors, and other immune adjuvants. Prior to OncoQuest, Dr. Bayever was Vice President and Head of Oncology at Glenmark Pharmaceuticals, responsible for leading the effort to develop novel biologics for cancer immunotherapy. He was also Vice President, Medical, at Merrimack Pharmaceuticals, where he led the registration study, regulatory submission and global approval of ONIVYDE for post-gemcitabine treatment of pancreatic cancer, as well as early stage development of other agents. Dr. Bayever has also held senior medical positions at Johnson & Johnson, Wyeth, Human Genome Sciences, and Bayer Pharmaceuticals focusing primarily on oncology therapeutics, as well as related devices and diagnostics.

Before joining Bayer Pharmaceuticals, Dr. Bayever was Associate Professor of Pediatrics at The George Washington School of Medicine and Health Services, as well as Director of the Hematopoietic Stem Cell Transplantation Program, a senior investigator at the Center for Cancer and Transplantation Biology, and a member of the Institutional Biosafety Committee at the Children's National Medical Center in Washington, DC. He was also an Attending Physician and Scientific Director of Stem Cell Transplantation at the Washington Hospital Center, and on staff at the University of Nebraska Medical Center, and the Children's Hospital of Philadelphia. Dr. Bayever received his medical degree from the Medical School of the University of Witwatersrand in South Africa, is a Member of the Royal College of Physicians of the United Kingdom after time spent at King's College Hospital in London, and completed a Fellowship in Pediatric Hematology-Oncology at UCLA. Dr. Bayever has published over 30 research articles in peer-reviewed journals and contributed 15 editorials, reviews and chapters. 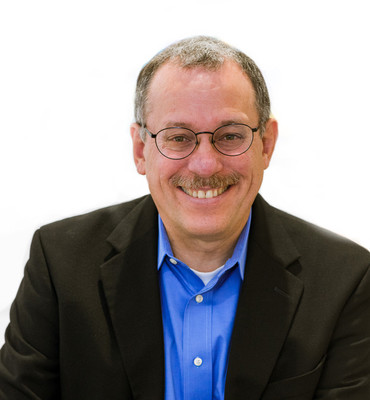 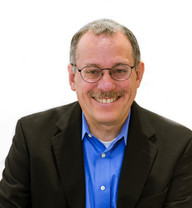 Greg has been developing targeted cancer therapeutics for over 30 years.  Most recently Greg was the Chief Scientific Officer of Sesen Bio, previously known as Eleven Biotherapeutics/Viventia Biotech, a publicly traded, late clinical-stage biotech company developing targeted protein therapeutics for the treatment of non-muscle invasive bladder cancer.  In addition to leading Sesen’s early development pipeline, Greg was part of the fundraising team that raised over 60 million dollars to support Sesen’s research and clinical programs.  Prior to joining Viventia Biotech Greg was a member of the faculty of Fox Chase Cancer Center in Philadelphia and a Co-leader of the Developmental Therapeutics Program.  At Fox Chase Greg lead a laboratory program focused on developing antibody-based treatments for cancer.

Greg received a Ph.D. in Immunology from the University of California, Davis and a bachelor’s degree in Biology from the University of California, Santa Cruz.  Greg is a member of the editorial boards of Cancer Immunology Research, Cancer Biotherapy and Radiopharmaceuticals and MAbs and has served as a member the Department of Defense Breast Cancer Research Program Integration Panel, numerous National Cancer Institute and DoD peer-review panels and the Scientific Advisory Boards of numerous companies including Mersana, Symphogen, Endo Oncology, Viventia Bio and Integral Molecular. 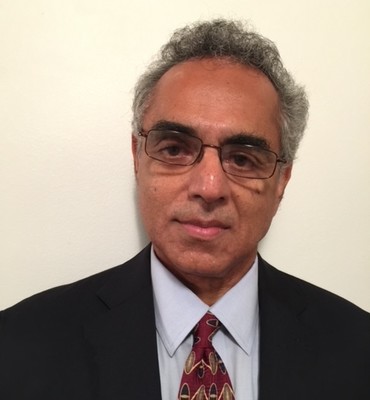 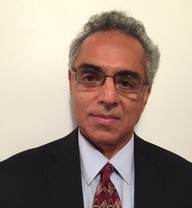 A.M. Venkatesan, (Venkat) has been working in the field of drug discovery at different scientific and leadership positions for more than 27 years, managing multiple projects of therapeutics areas such as Oncology, Immunology/Inflammation, infectious diseases, CV/CNS and antibody drug conjugate. Most recently, Venkat served as associate vice president and was managing several external collaborations for TCGLS, a biotech firm. Prior to that role, he was working for Endo Pharmaceuticals and served as the director of Medicinal Chemistry.  He was managing five oncology projects, virtually through several external CROs. Before joining Endo Pharma, he served as the Principal research Scientist with Lederle/Wyeth/Pfizer for 20 years. During his tenure as the drug discovery hunter, he invented nine clinical candidates. Two oncology small molecules, PKI-587 and ASN-002 are currently in Phase III clinical trial. He invented a novel linker system for antibody drug conjugates and collaborated with Mersana (ADC-Fleximer Technology) while he was at Endo Pharma.

He is a member of American Chemical Society and served as the Chairman of the New York Academy of Sciences (Chemistry Section) for two years. He has over 55 publications in peer reviewed journals, presented over 20 posters in national and international conferences and over 60 issued US Patents. He was the recipient of American Cyanamid President Award for designing an orally efficacious AII antagonist and American Cyanamid ESPIRIT Award for the design and synthesis of AVP Receptor antagonist.   Venkat received his Ph.D. degree in synthetic organic chemistry from New York University and did his post-doctoral fellowship at Columbia University under Prof. Gilbert Stork. 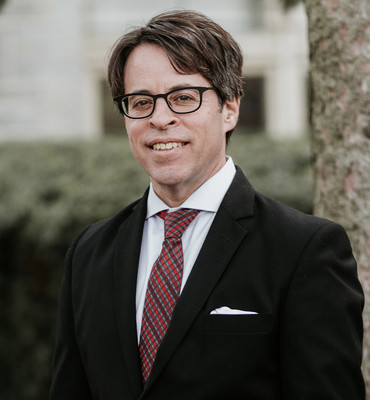 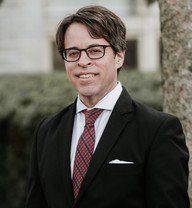 Paul has been working in the field of drug commercialization and strategy for more than 15 years across numerous programs and therapeutic areas.  Most recently, Paul was the Global Commercial Lead for Pfizer’s gene therapy development programs, heading the commercialization of in-licensed AAV programs from Spark Therapeutics in hemophilia B and Sangamo Therapeutics in hemophilia A.  Prior to that role, Paul was the Head of Global Strategy for Pfizer’s $2.5 billion rare disease business unit.  In positions of increasing responsibility, Paul’s career in drug commercialization has spanned more than 30 clinical-stage programs across multiple therapeutic areas including oncology, hematology, inflammation and immunology, cardiovascular, metabolic, renal, dermatology, musculoskeletal and GI.

Prior to joining Pfizer, Paul was a management consultant at A.T. Kearney where he led numerous corporate strategy and operations client engagements in multiple industries and geographies.  Paul has an undergraduate degree from Cornell University and an MBA from the Wharton School of the University of Pennsylvania. 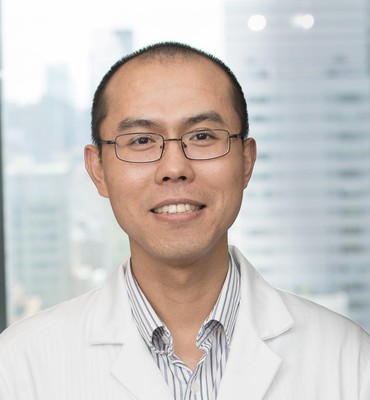 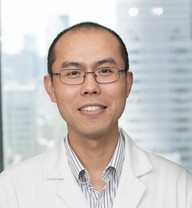 Feng has >10 years of active participation in the field of Molecular Imaging and Nanotechnology with extensive experience on nanomaterial synthesis, surface modification and pre-clinical evaluation. From 2015 to 2019, Feng worked as a Senior Research Scientist in the Department of Radiology in Memorial Sloan Kettering Cancer Center on the development and clinical translation of C’ Dot platform. He co-developed the Zirconium-89 (89Zr) labeling technique and new surface chemistry for cRGDY-C’ dot, which received FDA approval as a new Investigational New Drug for the first-in-human trials in patients with malignant brain tumors (NCT03465618). In collaboration with Cornell University and MedImmune, he co-developed the first ultrasmall renal clearable anti-HER2 breast cancer targeting C’ dots, which opens the door for creating other types of cancer-targeting C’ dots using antibody fragments and paves the way to the development of novel tumor-targeting C’ Dot-Drug-Conjugates (CDC).

Feng has published >80 peer-reviewed papers (Google Scholar Link, total citation number >8800, H-index: 48), 4 book chapters, >20 conference abstracts, and performed peer review for >30 journals. He has co-edited a book entitled “Hybrid Nanomaterials: Design, Synthesis, and Biomedical Applications” and served as Associate Editor of Journal of Nanobiotechnology. Feng was the recipient of many awards including Young Investigator Award, Alavi-Mandell Award from Society of Nuclear Medicine and Molecular Imaging, and was named as one of the 30 rising stars in nuclear medicine and molecular imaging in 2019.

Feng received his Ph.D. degree in Materials Physics and Chemistry from the Chinese Academy of Sciences and finished his postdoctoral training in the Department of Radiology at the University of Wisconsin – Madison.