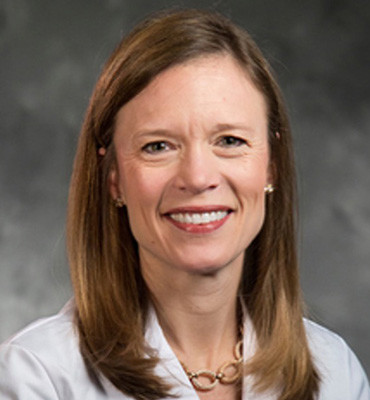 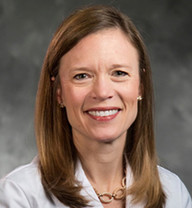 Medical Director of the Brain and Spine Metastases Program

Dr. Carey K. Anders is the Medical Director of the Duke Brain and Spine Metastases Program and a member of the Neuro-Oncology (primary) and Breast Cancer (secondary) Programs within the Duke Cancer Institute. Dr. Anders is a leading expert in the clinical care of patients with breast cancer of all stages, with a research focus in breast cancer that spreads to the central nervous system (CNS). In her role at Duke, she is expanding her clinical and research focus to brain metastases arising from solid tumors, more globally, alongside a state-of-the-art multidisciplinary team. Prior to her arrival at Duke, Dr. Anders was an Associate Professor at the University of North Carolina at Chapel Hill were she established herself as a translational/clinical investigator. Over a decade at UNC, she focused on the biologic underpinnings of breast cancer brain metastases, was involved in many preclinical studies evaluating promising new therapies in models of breast cancer brain metastases, and designed, implemented, and completed numerous, novel clinical trials for patients with breast cancer brain metastases.

Dr. Anders earned her medical degree from the Brody School of Medicine at East Carolina University in 2002. She then completed her residency in Internal Medicine, followed by her fellowship in Hematology-Oncology at Duke University.

Following her training at Duke in 2008, she transitioned to the University of North Carolina at Chapel Hill where she served as the Lineberger Comprehensive Cancer Center (LCCC) Breast Cancer Program co-leader, the director of the LCCC Breast Cancer Clinical Trials Program, and Section Chief of Breast Medical Oncology. She was recruited back to Duke in January of 2019 where she currently serves as the Medical Director of the Brain and Spine Metastases Program. Among her accomplishments, she is a Translating Duke Health Scholar, and a recipient of a Damon Runyon Clinical Investigator Award, an NCI Mentored Research Scholar Grant, and the American Society of Clinical Oncology Advanced Clinical Research Award. She also serves of the co-leader of the Hoosier Cancer Research Network Breast Committee and is an active member of the Translational Breast Cancer Research Consortium. 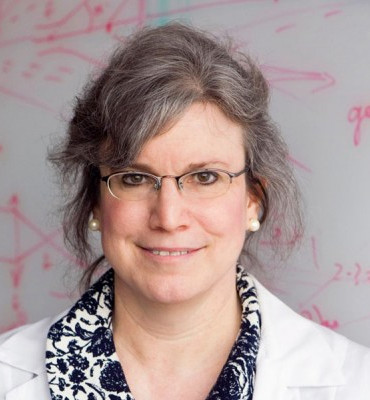 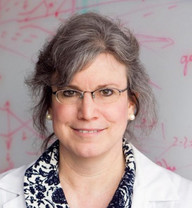 Dr. Bradbury is a co-founder of Elucida Oncology and co-inventor of the company's core intellectual property. Dr. Bradbury is a Professor of Radiology at MSKCC and Co-Director of the MSKCC-Cornell Center for Translation of Cancer Nanomedicines (MC2TCN), a Center of Cancer Nanotechnology Excellence (CCNE) funded by the National Cancer Institute (NCI). She is also the Director of the Intraoperative Imaging Program, Co-Chair of the Innovations and Technology Team, and a Member of the Molecular Pharmacology Program. Dr. Bradbury specializes in nanomedicine and molecular imaging/radiological sciences and led the successful clinical translation of C-Dots. Dr. Bradbury has amassed an impressive array of patents, publications, and research grants, in addition to receiving numerous recognitions. She is an active leader in the nanotechnology community and has been named to several national and international nanomedicine boards. 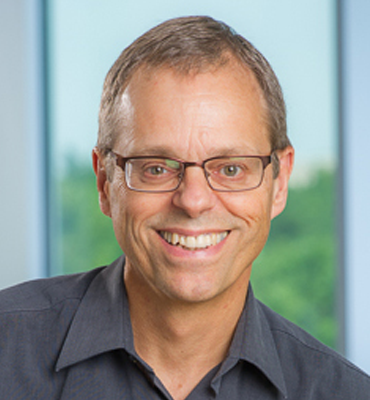 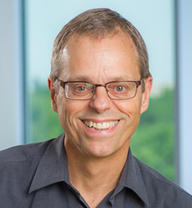 Dr. Lambert joined ImmunoGen in 1987 when the company established independent research laboratories in Cambridge, Massachusetts. After working in a variety of roles at the company, Dr. Lambert served as Chief Scientific Officer from 2008 until 2015. In 2016, he became a Distinguished Research Fellow at the company until his retirement at the end of 2017. He served on the Executive Committee of the company as Executive Vice President, Research, from 2008 until 2016, followed by a year (2017) on the Executive Committee in an Emeritus capacity until retirement.

During Dr Lambert’s tenure in leadership roles at ImmunoGen, the company invented the ADC technology that resulted in the Genentech/Roche drug, Kadcyla® (approved in 2013 for treating HER2+ breast cancer), as well as numerous other ADCs taken into clinical development. One of these is ImmunoGen’s promising drug candidate, mirvetuximab soravtansine, an ADC currently in a phase 3 trial for the treatment of platinum-resistant ovarian cancer.

Dr Lambert is the author/co-author of over 120 peer-reviewed scientific publications. In 2016, Dr Lambert was elected as a Fellow of the American Institute for Medical and Biological Engineering (AIMBE). In 2018, he was appointed as an Honorary Professor of Queen’s University Belfast, Northern Ireland, UK. 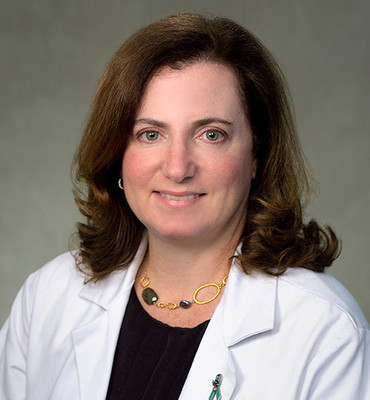 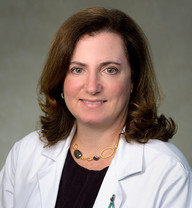 Dr. Martin is a medical oncologist specializing in the treatment of gynecologic cancers.  She spent 15 years at the Fox Chase Cancer Center where she led the Gynecologic Research Program and served as the interim Physician Director of the Office of Clinical Research as well as co-chair of the Scientific Review Committee.  She was recruited to the University of Pennsylvania to serve as the Leader of the Gynecologic Medical Oncology Program.  She is an Associate Professor in the department of Hematology/Oncology at the University of Pennsylvania and serves as the Associate Director of the Gynecologic Oncology Clinical Research Unit.  She has served as the Principal or Site Principal Investigator on over 75 trials and has extensive experience in the design and management of Phase I, II and III clinical trials. 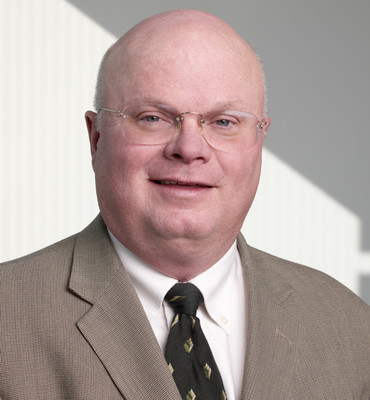 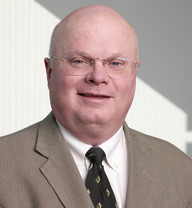 Dr. Mark Pegram is the Suzy Yuan-Huey Hung Professor of Medical Oncology at the Stanford Cancer Institute. He currently serves as the Associate Director of Clinical Research at the Stanford Comprehensive Cancer Institute (SCCI), and Director of the Breast Oncology Program at Stanford. He also serves as the Associate Dean for Clinical Research Quality at the Stanford University School of Medicine. In collaboration with Dr. Dennis Slamon at UCLA, and scientists at Genentech, Inc. in South San Francisco, CA, Dr. Pegram played a significant role in the pre-clinical and early clinical development of trastuzumab (Herceptin®) for the treatment of HER2-positive breast cancer. In 2012, he was recruited to the SCCI from the Sylvester Comprehensive Cancer Center at the University of Miami School of Medicine, where he served as the Associate Director for Clinical Research, and acting Division Chief of Hematology/Oncology for a faculty of over 70 researchers. Pegram has chaired the U.S. Department of Defense Breast Cancer Research Program panel, and is the recipient of the NCI Director’s Service Award, the Sylvester Outstanding Cancer Research Award, the Hope Award from the HERS Breast Cancer Foundation, and is a Fellow of the Breast Cancer Research Foundation. His research focuses on new therapeutic strategies targeting HER2-positive breast cancers. Dr. Pegram was the lead author on the papers describing pre-clinical synergy between multiple chemotherapeutics and trastuzumab, and the first phase II clinical trial of trastuzumab plus chemotherapy. In addition, he was the senior author of the pivotal trial of letrozole plus lapatinib – leading to an FDA approval, and co-author of the pivotal trials of trastuzumab plus chemotherapy, and T-DM1, both published in the New England Journal of Medicine, and leading to FDA approvals. 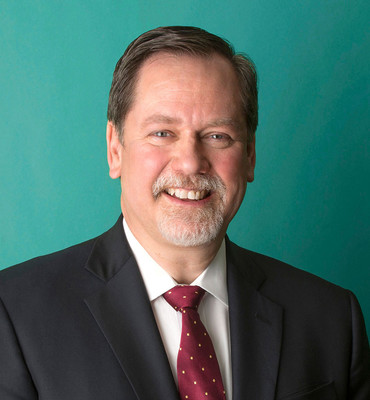 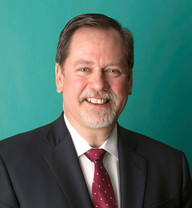 Dr. Tolcher is CEO and Founder of NEXT OncologyTM, San Antonio, Texas, a newly founded Phase I group that seeks to transform early clinical trials.  NEXT Oncology’s mission is to accelerate the next breakthrough medicines for cancer and the vision is to be the most successful and respected Phase I program in oncology research.

Dr. Tolcher served as President and Co-Founder of START LLC from 2009- 2018, one of the world’s largest Clinical Phase I and early drug development operations in cancer medicine with 5 locations in San Antonio Texas; Grand Rapids, Michigan; Madrid Spain; and Shanghai China.

Dr. Tolcher is a medical oncologist who has over 25 years’ experience in early drug development and clinical trials.  He has been involved in many of the initial phase I studies of new agents that subsequently were FDA approved for the treatment of cancer including pembrolizumab (KeytrudaÒ), copanlisib (Aliqopa), trastuzumab emtansine (KadcylaÒ), regorafenib (StivargaÒ), liposomal vincristine (MarqiboÒ), cabazitaxel (JevtanaÒ), carfilzomib (KyprolisÒ), gefitinib (IressaÒ), erlotinib (TarcevaÒ), and eribulin (HalavenÒ).  He is currently the principal investigator on 20 phase I clinical studies, is a reviewer for the Journal of Clinical Oncology, Clinical Cancer Research, and Annals of Oncology.  He has chaired the Developmental Therapeutics Review Committee for the American Association of Clinical Oncology Annual Scientific Program.

He has a member of over 20 Scientific Advisory Boards for both large and small pharmaceutical companies, as well as a member of the Board of Director for 2 biotechnology companies.

Dr. Tolcher has over 100 peer-reviewed publications in scientific journals including Nature, Proceedings of the National Academy of Sciences (USA), Journal of Clinical Oncology, and Clinical Cancer Research, as well as an author of nine book chapters. 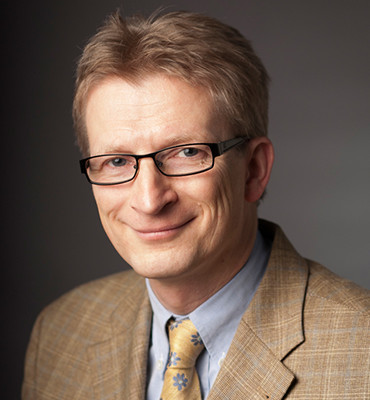 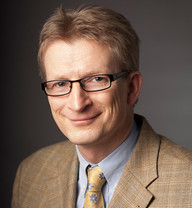 Dr. Wiesner is a co-founder of Elucida Oncology and co-inventor of the company's core intellectual property. Dr. Wiesner is the Spencer T. Olin Professor of Engineering in the Department of Material Sciences and Engineering at Cornell University and is a Co-Director of the MSKCC-Cornell Center for Translation of Cancer Nanomedicines (MC2TCN), a Center of Cancer Nanotechnology Excellence (CCNE) funded by the National Cancer Institute (NCI). Dr. Wiesner specializes in work at the interface between polymer science and inorganic chemistry and created the original C-Dot particle. The author of over 200 papers and articles, Dr. Wiesner has been recognized with numerous awards, including those from the German Chemical Society and the American Chemical Society.